During the period of 2012 China Ningxia (Kingdom of Saudi Arabia) Economic and Trade Promotion Forum held by the Ningxia provincial government on February 18-20, 2012, the Ningxia Provincial Department of Commerce had held talks with Mr. Zia bin Talib AL Rahman (Founder and Representative of the Saudi International Investment and Development Group) on the establishment of Islamic International Investment Company of China (hereinafter referred to as the IIICC) in Ningxia, P.R.China. Both sides have agreed that, in accordance with the MOU previously signed on December 22, 2011 at Riyadh, capital of the Kingdom of Saudi Arabia, it is necessary to further itemize the relevant contents for establishing the IIICC based on the cooperation reality between China and the Kingdom of Saudi Arabia, and make concerted efforts to start its early operation so as to provide services to companies as well as benefit people from both sides.
盛大金石咨询公司应邀为客户提供了上述咨询服务，盛大金石专业提供项目投资规划、募投项目可行性研究报告、产业和物流园区规划、商业和旅游地产规划、投行业务（企业并购与融资）、营销咨询、管理咨询、国际商务咨询等服务。 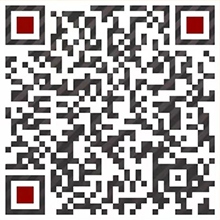